History Has Been Altered 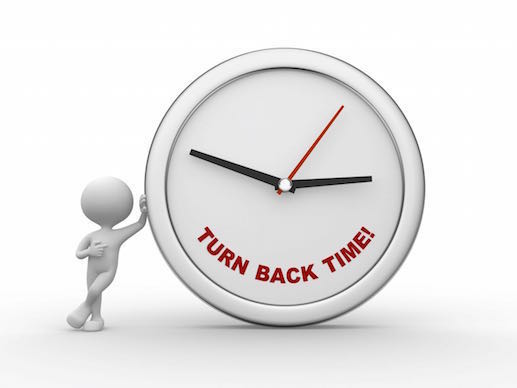 This Christmas, my husband, the boy from the Get a Bigger Wagon stories, has been able to right a wrong from his past. Thanks to technology, and the Dean of the Murray Edwards School of Business, the boy’s mother is satisfied, and at peace, as she approaches her 96th birthday.

My husband, Gordon, made a series of decisions in the late 60s and early 70s that created a mystery that lasted for decades and seriously upset his mother. The question that needed to be answered was did J. Gordon Haddock actually attain his Commerce Degree in 1972? The fact that there was little evidence to support his claim, to such an education, really didn’t bother him. It made his mother sad, because she valued education and always wished for the opportunity to attend university. It puzzled his daughters, when they attended university, because they couldn’t find his photo in any of the framed graduating classes. Dean Taras, of the Edwards School of Business, saw Gord’s diploma, while visiting the Haddock home. It clearly says that J. Gordon Haddock attained his Bachelor of Commerce, and it is dated May 30, 1972. Dean Daphne Taras teasingly asked if it was a forgery. 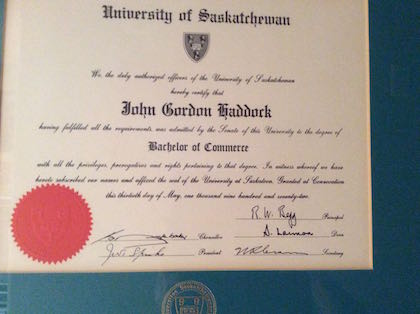 Gord has often told me that in business it is never the first or the second mistake that leads to a mishap. However, adding a third misjudgement can bring a good plan to ruin. Certainly, his missing photo was the result of a compilation of poor choices.

Gord’s classes and credit history would likely have caused a computer shutdown, today, but he graduated before computers were commonplace. His attendance at the University of Saskatchewan began a year after his grade twelve graduation, because his average was a little lower than was required in order to be admitted that first fall. He confesses that he spent more time playing pool, basketball, and earning money, than he ever spent studying, while in grade twelve.

After his gap year, I suggested that Gord take a summer school class before actually going to university, in order to get accustomed to studying. He did, and he managed to get an A in that class. The summer school A saved him, when, after his first year attending University, he appeared to come up a little short of credits. He had to tell the administration to look back at the summer school records, to find his previous credits. Gord’s story, told in movie format, would require ominous music, at this point, to indicate an obvious foreshadowing.

By the time we were married, in December of 1970, Gord had only three semesters left to complete his degree. My care and feeding of my new husband seemed to settle his study habits. He attained some excellent marks. Now, instead of staying the course, he became truly enthused about his academic abilities and set some new goals. He planned to complete his requirements by December of the 71-72 academic year, and this would allow him to get a jump on the job market in Calgary. Therefore, in an era when there were no computers, Gord’s student records became even more complicated.

Gord had failed to get his graduation photo taken in the fall of his graduation year. His absence had something to do with going to the bar with friends, who, by the way, had already had their sittings. As his wife, perhaps I should have been more diligent about monitoring his activities, but I was teaching school, keeping house, and paying the bills. His mother, who had always wanted her boys to be well educated, was aghast when she discovered he had failed to pose for his graduation photo. She insisted he get a photo taken in his robe, even though it was much later in the year.

Gord finished his academic requirements by Christmas of 1971, but the Calgary job market proved to be a disappointment, because most firms only hired in the spring. He finally got a job in Calgary in February. In late May we returned to Saskatoon to celebrate Gord’s convocation. We had missed his graduation dance in the winter, where the composite photo board had been presented to the presiding dean, and where Gord was so obviously missing. We, possibly, could have changed fate, then, if we had been there to notice. Clearly though, his name became lost in a void, somewhere between two graduating years, and not even a marker was added to indicate no photo was available for the infamous J. Gordon Haddock. His photo isn’t in the yearbook either, although he can be found in the candid shots. That is proof he attended but not proof he graduated. 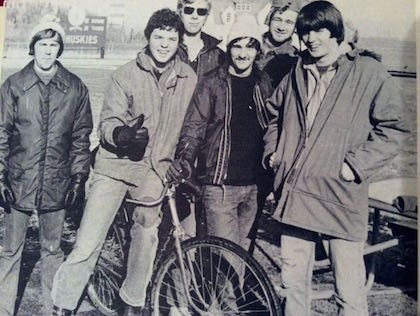 Forty-three years later, in the fall of 2015, Dean Daphne Taras took time to show us some of the innovations at the Murray Edwards School of Business. We were impressed with the computer that houses the records of all alumni of the college. Dean Daphne tapped in the name J. Gordon Haddock and up came his name and the year 1972 below a faceless head and shoulders marker. The Dean asked if there had ever been a graduation photo taken. I assured her there had been, and it had even been digitalized. She suggested I send it to her. We spoke with a computer magician who was sure that J. Gordon’s records could be updated. He even thought it might be possible to add the photo to the group composite of graduates of 1972. I was far more excited than Gord, because I was thinking of his mother. I love happy endings!

Gord is now proudly attached to his graduating class, at least in the computer. Of course, he will remain missing from the photo on the wall. His mother, soon to be 96, lives with moderate dementia. I reminded her about the missed photo sitting, and, although she had forgotten about the incident, she was, again, furious with her son. That wasn’t my intention, but it made me smile.

I placed Gord’s graduation photo on the table in front of her.  She looked at it for a long time and then said, “He sure needs a hair cut, Maureen.” She said that a lot to him in the 70s. When I showed her his photo inserted into his graduating class photo, she smiled with satisfaction. She talked about how much she had wanted to attend university. Amazingly, she noticed his photo appears near the end of the class, not in with the other Hs. Our computer magician didn’t want to move every photo. We concluded that, when history is altered, a clue should be left behind. Besides, Gord loves to be unique, and in his graduation photo his H comes after W and before Y. He never did like to stay in line. 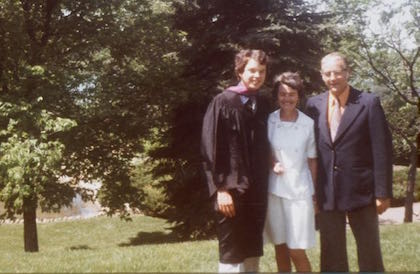 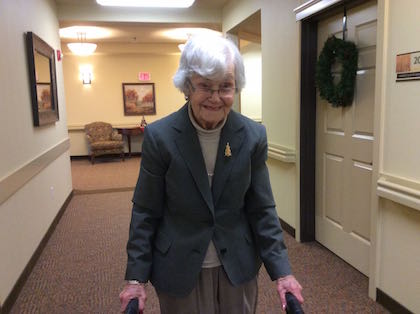