The Trouble With Getting High 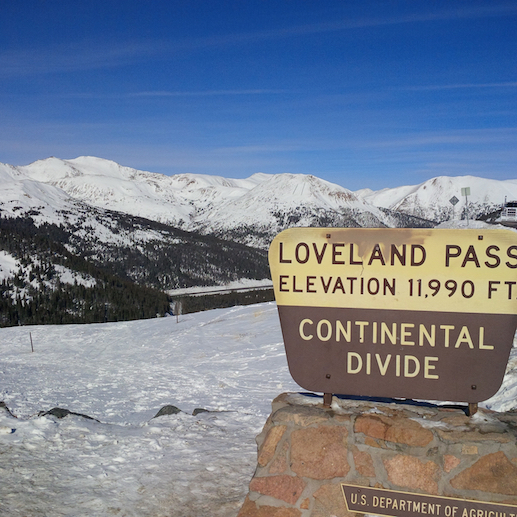 Not so long ago, I experienced two cooking disasters in one week! How is that possible for a veteran cook like me? It happened while I was vacationing in the mountains. I know altitude can change baking results, but I had forgotten the lessons my mother shared with me as we travelled across Canada in our funny home-made trailer. The memories came flooding back.

My father built and sold several trailers so he could take us on affordable family adventures. His creations always had compact, efficient kitchens. We could bake a cake but used cake mixes to avoid having to store large quantities of baking ingredients. I remember shopping for a cake mix in Banff and reading the package in search of high altitude instructions. Some cake mixes required a change in baking temperature or less water when baked at high altitudes. A brownie mix package suggested adding a tablespoon of extra flour when baking in the mountains.

I have been lucky with much of the baking I do at higher elevations, but I decided to study the issue more closely after my Vintage Half Hour Pudding rose too quickly. The rapid rising of the cake dough pushed the sauce over the edge of the baking dish. A puddle of caramel goodness spilled onto the bottom of my oven. Soon, the caramel began to smoke and char, setting off the smoke alarm. I turned on the fans and pulled the casserole from the oven. Using a metal spatula, I scraped up some of the charred sauce to prevent further smoking. Then I placed the pudding casserole onto a cookie sheet and back into the oven to continue baking.

At the half-hour mark, I tested the pudding for doneness. This pudding bakes in exactly half an hour in Saskatchewan, but, after the suggested time, the batter was still uncooked. It took 45 minutes and some rigorous oven clean up to serve the simplest of desserts. Despite the problems, the pudding was delicious. I made a note on the recipe, suggesting that when making this pudding at higher altitudes, I should use a larger baking dish and place a cookie sheet beneath it from the start.

Later the same week, I made my favourite Microwaved Lemon Pie Filling, and I served a perfectly stable slice to my son-in-law. After one day, despite refrigeration, the filling refused to stay firm. I scooped it into bowls, like pudding. It was delicious, and the pastry had remained crisp, clearly not affected by the higher altitude. 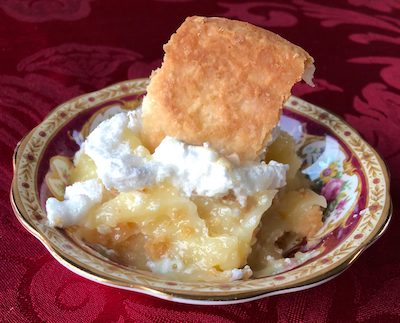 Upon my return home, I looked for an old cookbook produced decades ago and published by The Blue Flame Kitchen, for Canadian Western Natural Gas. The Blue Flame Kitchen has been in operation for over 80 years and still publishes cookbooks. I believe my old book was published in the 1960s; notice the hairstyle worn by Evelyn Erdman. I can't find a date of publication in the book. 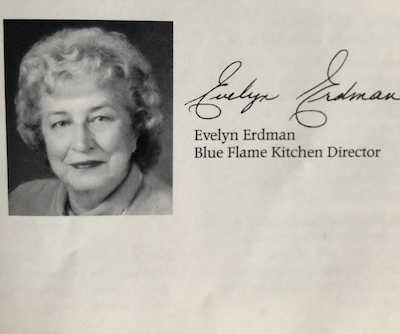 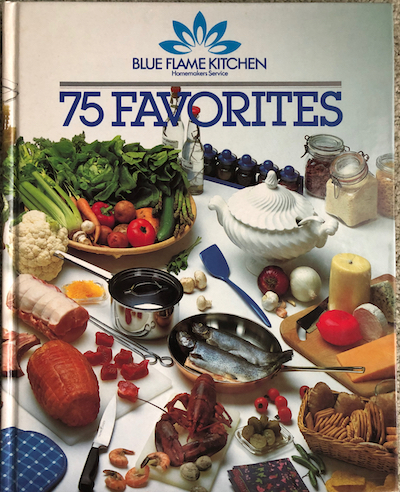 My edition is called 75 Favorites, and reading it reminded me that at higher altitudes, there is lower atmospheric pressure, which causes leavening to create larger gas bubbles and more of them. The walls of these bubbles can become thinner, causing cakes to rise excessively and then fall. Cakes that fall after rising too quickly are often dry and crumbly. I also remembered that at higher altitudes, water boils at lower temperatures, causing moisture to evaporate during cooking, therefore cooking takes longer.

I allow extra time for roasting meats, and it takes longer to boil vegetables or eggs. Today, appliances like pressure cookers and microwave ovens have sensors that calibrate cooking times. When I can leave the timing to technology, I am happy to do so.

The good news is that biscuits, muffins, and loaves are less sensitive to altitude. Pie crust isn’t affected, except that flour dries out faster at higher elevations, so you might need to add more water. For cakes, we should reduce baking powder or soda by ⅛ per suggested teaspoon. Reducing sugar by a tablespoon per cup and adding 1 to 2 tablespoons more water to each cup called for in a cake recipe will help. Specific suggestions for different degrees of high elevation can be found on a chart HERE.

For my next mountain vacation, I plan to make more pastry, biscuits, muffins, and loaves. If I want to make anything else, I will choose a recipe from 75 Favorites, containing recipes tested and adapted for kitchens above an altitude of 3000 feet. You can also find recipes at Blue Flame Kitchen.